The task of the artist is to invent the self that will create the work. 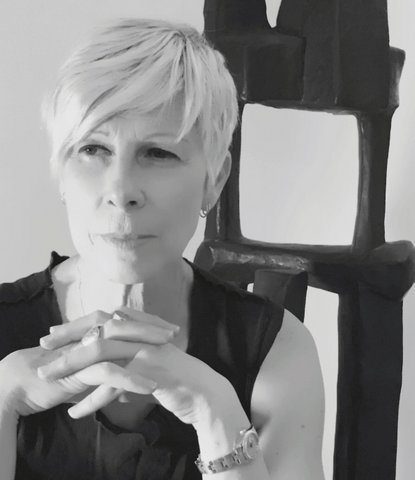 Zoya Niedermann strives to seek a balance with organic and geometric lines, using the solitary human form as her subject. Born in Montreal in l954 she studied at the Montreal Museum of Fine Arts School and Concordia University.  During this time she began traveling extensively abroad and in the early 80’s produced a series in welded steel on the theme “The City”. Then in the 90’s she spent several years in New York City where she experienced first hand the energy of the artistic community there, meeting artists like Lichtenstein, Fischl, Venet, Arman but always returning to Italy where she began casting in bronze. In 1993 she was awarded the Hakone Open-Air Museum Price at the prestigious Fujisankei Biennale in Japan.

She has many exterior sculptures world-wide including Canada, at the Industrial Life Tower in Montreal; at the George Bernard Shaw Theater in Niagara-on-the-Lake in Ontario; and in private collections in Switzerland, Italy, Germany, Australia, U.S.A., and Japan.